EXPERT GUIDANCE TO ENSURE SAFE AND EFFECTIVE ANNUITIES FOR YOU 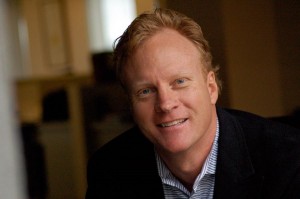 Thomas B. Hamlin is the CEO/Founder
and a Registered Principal at Somerset Wealth Strategies.

He has 25 years of experience as an investment and financial professional.

He holds several securities and insurance licenses including:

Tom has been a financial professional for nearly 25 years and is responsible for placing assets worth over half a billion dollars ($500,000,000) with over 3,600 clients 45 states.

Tom is a former top advisor and branch manager with Raymond James Financial Services. During his time at RJFS he was a member of their Elite Chairman’s Council comprised of the Top investment professionals in the country (out of approximately 3,255 advisors nationwide) for 7 years. He was the Top Annuity Producer in the Nation for Raymond James Financial (based on annuity premiums) out of 3,245 Financial Advisors for 9 consecutive years.

Tom is a former first vice president of Prudential Securities (now Prudential Financial) and during his tenure was ranked in the top five nationally within the firm in personal annuity and insurance production, and led his branch to the #1 position in the nation in annuity sales (1996 to 1997). Prior to working for Prudential Securities he was ranked the #1 and #2 Ranked Producer for four years with Independent Advantage Financial, Inc., which he helped, during his tenure, to become the nation’s largest independent shopping service for annuities and insurance products.

He has been responsible for sales, training and management of dozens of account specialists, and has been quoted by several top publications including; The Wall Street Journal, Barron’s, The Chicago Sun Times, VARDS, Ignites.com, Tribune Media, Registered Rep Magazine, Financial Planning Magazine, National Underwriter, Echos Times and numerous newsletters in addition to radio shows as a source on financial investments. Tom is ranked as one of the Top 100 Financial Advisors in the country (for 2008, 2009 and 2010) by Registered Rep magazine (based on assets under management) and he is also consistently considered for the Top 100 Advisors in the Nation by Worth Magazine, Barons and Investors Business Daily (IBD).

During his tenure in the business, Tom has built a level of trust and confidence among his clients that we believe is unrivaled by his competitors. Even with all of Tom’s exposure, over 90% of his production still comes from repeat business and existing client referrals. With a focus on guaranteed lifetime income, principal protection guarantees*, wealth transfer and exceptional customer service, Tom’s goal is to exceed his clients’ expectations in every aspect of their dealings.

In addition, it helps to follow a sound investment strategy, believing that diversification is the best strategy (be aware that diversification and asset allocation do not assure a profit and do not protect against loss in a down market), uncertainty can create opportunity, and to never put his needs before his clients.

When asked how he chooses the plans that he recommends to his clients and prospects he says, “I only work with relative plans and strategies, meaning those that most representatives would only sell to their relatives (and maybe not even then).” In addition, staying on the cutting edge of technology and on top of trends has been invaluable. Things are changing at such a rapid pace saying it’s like trying to hit a fast moving target is putting it mildly, and if you’re not on top of what’s happening you’ll surely be left behind and your clients will suffer. Tom says another important goal is to get our clients’ focused on living out their dreams by tackling, one by one, the things on their lifetime To-Do list. When people are worried about their money they can’t let themselves relax enough to really enjoy their retirement, this snowballs and then you find yourself watching CNBC instead of watching your grand kids or a sunset from a mountain top or beautiful beach.”

Tom and Julie are also very involved in charitable giving through their family foundation donating tens of thousands of dollars each year to a number of worthy charities including but not limited to; Mercy Corps, Children’s Cancer Assoc, St. Jude Hospital, Livestrong, Race for the Cure, Leukemia Lymphoma Society, Parkinson’s, American Heart Assoc, 4-H Club and more. When Tom retires his goal is to focus full time on philanthropy, family, friends and anything that will add value for his fellow man.